Love is a Verb Movie Gala

Terry Spencer Hesser, writer, director and producer of the highly rated documentary ‘Love is a Verb’, visited New Zealand to premier the documentary in Wellington in association with Pearl of the Islands Foundation.

The salon was full of those who were interested in learning more about the Gulen movement. Among those were New Zealand public, Turkish community, PIF board members, and other friends and family of the Turkish based foundation.

PIF helped organize the event to create greater awareness of the fruitful contributions Turkish communities provide to the societies they belong in.

The film received positive feedback from the viewers that were invited. After the screening, CEO Yalcin Solak gifted director Terry Spencer with Turkish memorabilia. 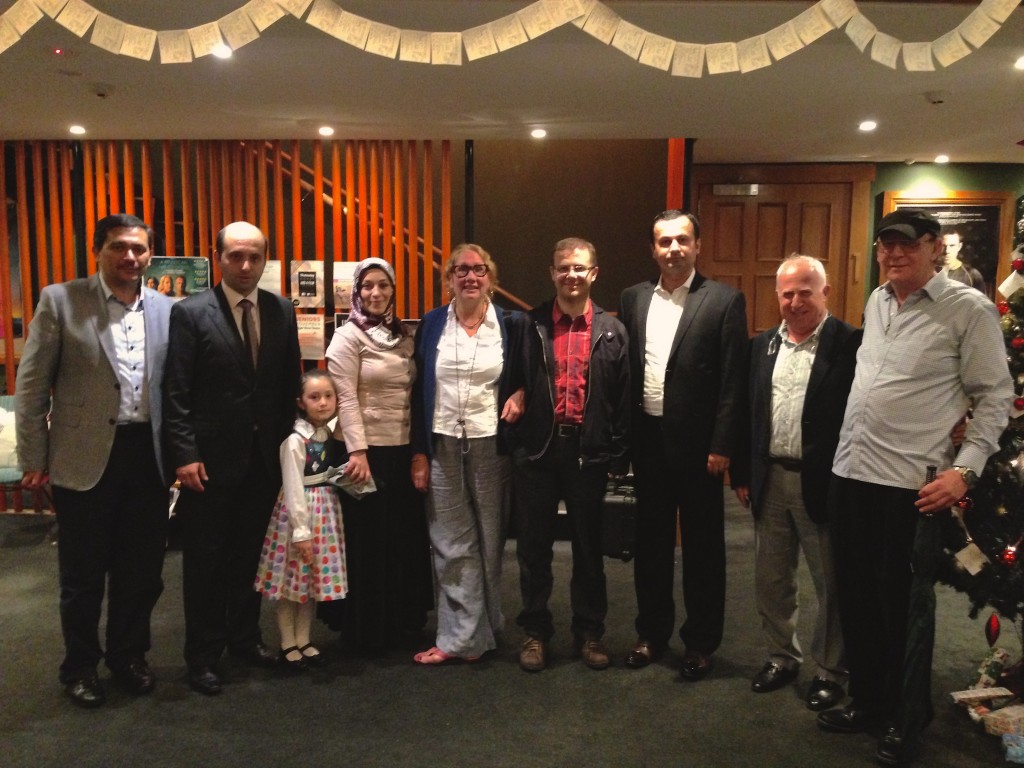 Love Is A Verb is an examination of a social movement of Sufi inspired Sunni Muslims that began in Turkey in the l960s and now reaches across the globe. The group is called Hizmet, the Turkish word for service or The Gulen Movement after its inspiration, leader and beloved teacher Fethullah Gulen, a man that Time Magazine named as one of the most influential leaders in the world in 2013.

Through a co-operation with the people inspired by Gulen, we had an unprecedented access to the ideas and actions of the movement around the world. We met teachers who crawled through a tunnel to open a school in Sarajevo during the war and the students whose lives they changed. We met a Sufi conductor whose orchestra is composed of children whose parents were once at war. We got a glimpse of the interfaith work the movement provides in Turkey, including a visit to Rumi’s exquisite shrine. We went to their schools in Turkey, in Somalia, in Iraq. We meet a Kurdish teacher in Iraq who credits everything she is to her former Turkish teachers who stayed during the bombings, and a Kurdish woman who had also gone to one of the Turkish schools in Iraq and is now working as an engineer to bring water to the dessert. Finally, in Somalia we follow two Turkish doctors putting their lives at risk in a place where other relief organizations have deemed too dangerous, a place where they sleep under armed guard.